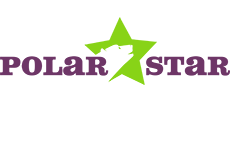 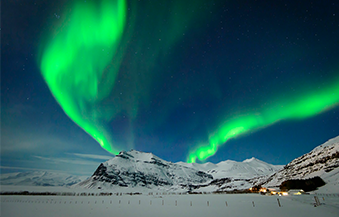 Brief Description: An aurora is the emission of light caused by collisions of highly energetic, charged particles originating from the plasma emitted by the sun (solar wind) with the gases in the part of the Earth’s atmosphere called the thermosphere. Students will learn about the epic battle between the Sun and the Earth and will be encouraged to create their artwork inspired by what they learnt about auroras.

How does the lesson relate to STEAM education: This activity uses science to inspire students’ creativity and artistic expressions. The activity contains multidisciplinary concepts, combines Physics, Chemistry and Geography and uses scientific content as inspiration to make Art. Students start with a creative activity (tribe activity), which is followed by small inquiry activity (chasing auroras). They may also try to create an artificial aurora using a fluorescent lamp and a walkie-talkie. Next, they learn how powerful the Sun is and how the Erath protects itself. They search for artistic works inspired by this phenomenon and finally they create their own artwork inspired by what they learnt during the activity.

- Learn what the Northern Lights are, how they formulate
- Understand how Sun’s activity is affecting the Earth’s magnetic field
- Learn how the Earth is protected from the solar flares
- Learn how auroras fascinated people in ancient times
- Find out how auroras inspire artists
- Create their own artwork inspired by auroras

Relation to the Big Ideas of Science:
Energy > Energy and forces > Electromagnetic energy and radiant energy: Students will learn that an aurora is the emission of light caused by collisions of highly energetic, charged particles originating from the plasma emitted by the sun (solar wind) with the gases in the part of the Earth’s atmosphere.
Forces > Types of interactions > Electromagnetism and its effects: Students will learn that auroras mainly occur near the magnetic poles and their intensity is directly related to the strength with which the solar wind acts upon the Earth’s magnetic field.
Universe > Earth and the solar system > Earth, Sun and the moon: Students will learn that we observe Northern lights when the particles carried by the solar wind - bits of plasma, shot out from Sun's corona into space - enter the Earth’s magnetosphere.
Universe > Earth’s place in the Universe, Celestial objects > Planets, exoplanets: Students will learn that auroras occur on other planets of the solar system, with auroras observed, among others, around the magnetic poles of Jupiter, Saturn, Uranus and Neptun.
Earth > Earth materials and structure > Earth’s Atmosphere:Auroras, or the northern lights, are magnificent light shows held in the upper part of the Earth’s atmosphere. Their colour and intensity depend among other on the height of their appearance.

The Polar Star consortium is grateful for the input of the Polar Advisors, who helped to choose the polar topics. We would like to thank warmly Polar Advisors, who provided valuable ideas and materials for this particular activity: Stelios Anastassopoulos, Daniela Bunea, Svetla Mavrodieva, Spyros Meleetiadis, Nikolaos Nerantzis and Elena Vladescu. A special thjank you to  Svetla Mavrodieva for translating this activity to Bulgarian. 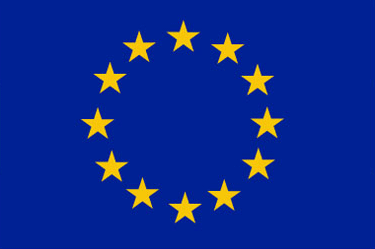